This Crime Stoppers Program began in 2010 from the efforts of The Leadership Kaufman County Class of 2010. Our Program now operates as an independent organization. The concept has developed into a combination of efforts by local media, businesses, civic and social clubs, law enforcement agencies, and the public. Donations of airtime, newspaper space, and reward monies have established Crime Stoppers as an effective tool to fight crime in the area. |||

Crime Stoppers is comprised of diverse, active and dedicated community representatives. Crime Stoppers provides a method for local law enforcement to receive information on crimes. These efforts increase tips, which in turn increase arrests in our community. | 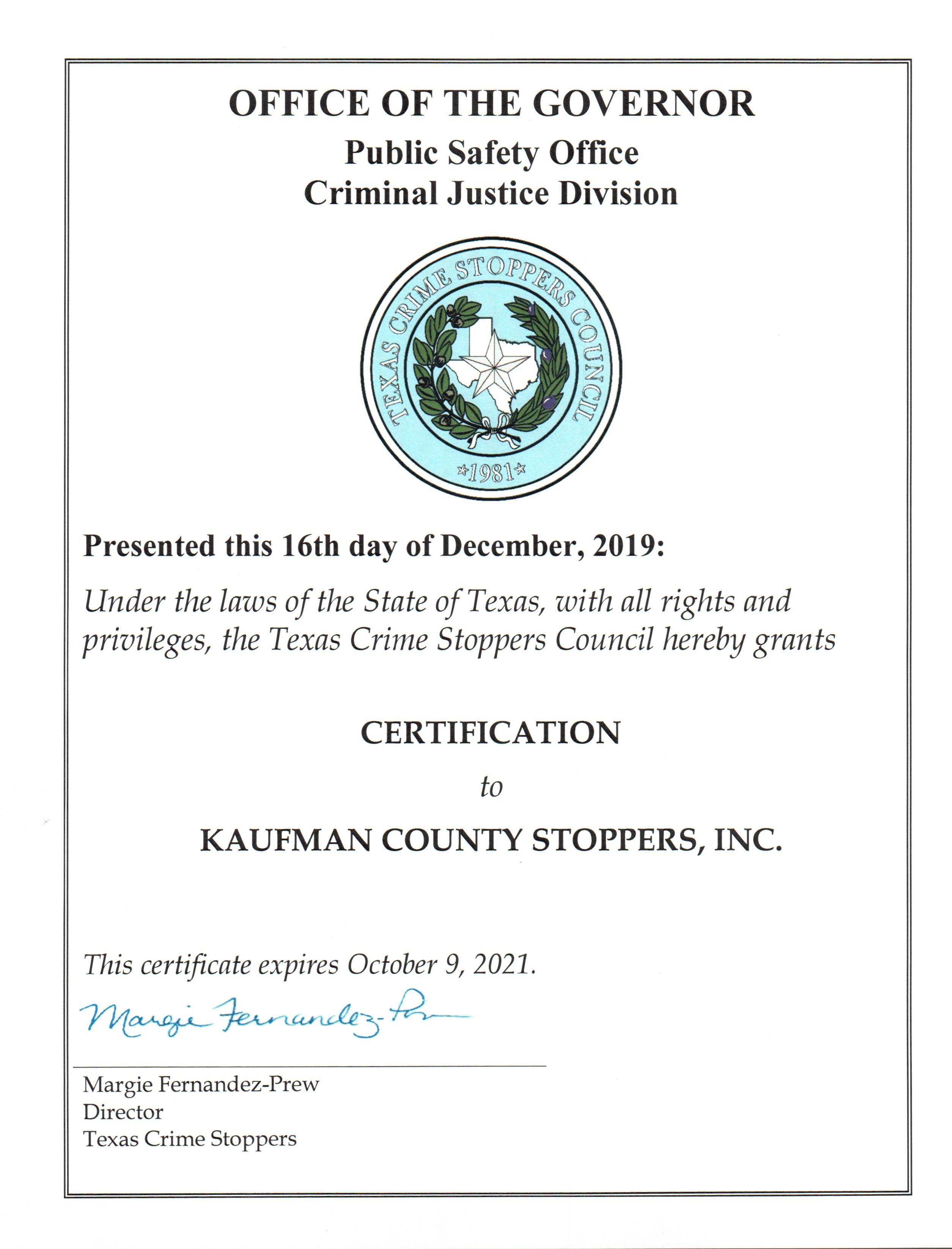